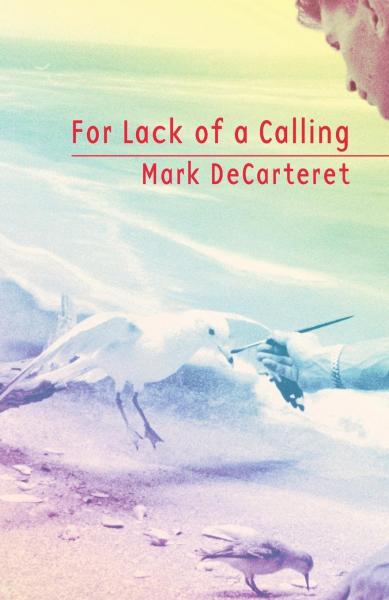 We're thrilled to announce our bookseller Mark DeCarteret has published his latest collection of poetry with Nixes Mate Books, entitled For Lack of a Calling. Join us for his book launch! With refreshments.

"Mark DeCarteret's poems wear their elegant disillusionment lightly, as if they knew that only by losing our projections do we see clearly: "The same ad for dawn again. How I've mastered/ its theme song but not the game show that follows." These lovingly made poems, charged with wit and uncanny insights into our quotidian, linger on all that's unstill: the sea, deer, the self. "Anything not solid is at a loss" until the poet endows it with language. Giving the lie to the book's title are the signs of vocation everywhere evident in these savvy and unsparing pages."

Born in Lowell Massachusetts in 1960, Mark DeCarteret graduated from Emerson College with a B.F.A. in Creative Writing in 1990, where he was selected by Bill Knott as their representative at the Greater Boston Inter-collegiate Poetry Festival, and from the University of New 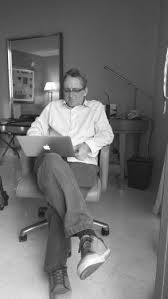 Hampshire with an M.A. in English-Writing in 1993, where he was selected by Mekeel McBride and Charles Simic for the Thomas Williams Memorial Poetry Prize. He’s published five books of poetry and has appeared in 400 literary reviews including AGNI, Boston Review, Caliban, Chicago Review, Conduit, Confrontation, Cream City Review, Diagram, Fence, Salamander, as well as anthologies such as American Poetry: The Next Generation (Carnegie Mellon Press), Thus Spake the Corpse: An Exquisite Corpse Reader 1988-1998 (Black Sparrow Press), and Under the Legislature of Stars: 62 New Hampshire Poets (Oyster River Press), which he also co-edited. Mark served as Portsmouth, New Hampshire’s seventh Poet Laureate from 2009-2011 and currently works at Water Street Bookstore in Exeter.

For Lack of a Calling (Paperback)