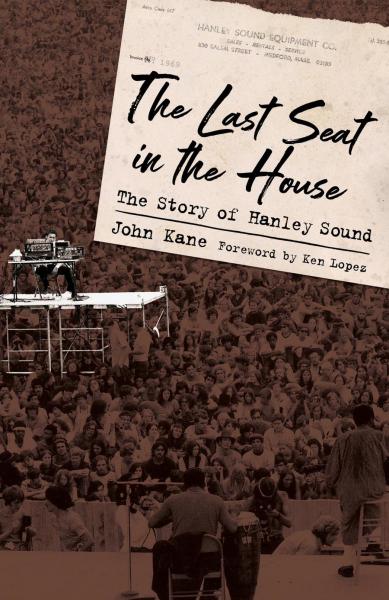 Known as the "Father of Festival Sound," Bill Hanley (b. 1937) made his indelible mark as a sound engineer at the 1969 Woodstock Music and Arts Fair. Hanley is credited with creating the sound of Woodstock, which literally made the massive festival possible. Stories of his on-the-fly solutions resonate as legend among festivalgoers, music lovers, and sound engineers. Since the 1950s his passion for audio has changed the way audiences listen to and technicians approach quality live concert sound.

John Kane examines Hanley's echoing impact on the entire field of sound engineering, that crucial but often-overlooked carrier wave of contemporary music. Hanley's innovations founded the sound reinforcement industry and launched a new area of technology, rich with clarity and intelligibility. By the early seventies the post-Woodstock festival mass gathering movement collapsed. The music industry shifted, and new sound companies surfaced. After huge financial losses and facing stiff competition, Hanley lost his hold on a business he helped create. By studying both his history during the festivals and his independent business ventures, Kane seeks to present an honest portrayal of Hanley and his acumen and contributions.

Since 2011, Kane conducted extensive research, including over one hundred interviews with music legends from the production and performance side of the industry. These carefully selected respondents witnessed Hanley's expertise at various events and venues like Lyndon B. Johnson's second inauguration, the Newport Folk/Jazz Festivals, the Beatles' final tour of 1966, the Fillmore East, Madison Square Garden, and more. The Last Seat in the House will intrigue and 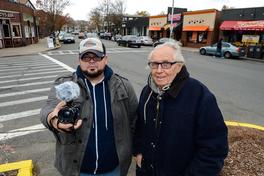 inform anyone who cares about the modern music industry.

John Kane will be joined by Bill Hanley at the event!

John Kane is faculty in the Design and Media Department at the New Hampshire Institute of Art. He is author of Pilgrims of Woodstock: Never-Before-Seen Photos. He is currently working on the documentary The Last Seat in the House about Bill Hanley. Learn more about his research at www.thelastseatinthehouse.com.

Last Seat in the House: The Story of Hanley Sound (American Made Music) (Paperback)