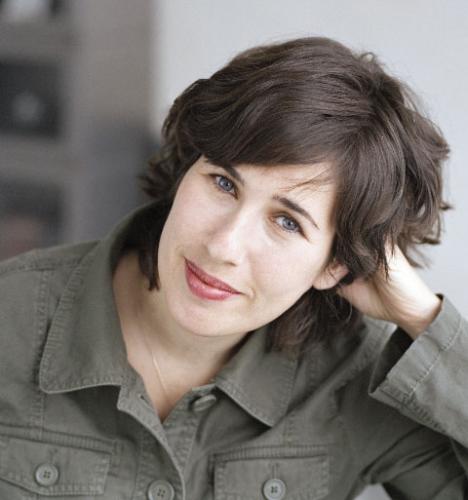 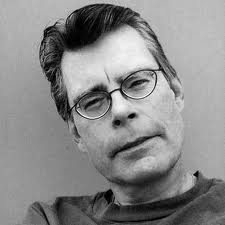 Acclaimed author Stephen King interviews up-and-coming author Lauren Grodstein in this unique literary event live and in person at the Cooperative Middle School in Stratham, NH.
The Algonquin Book Club will be livestreaming the conversation to book clubs, fans across the country and around the world, and you (if you can't make it to the real thing). Check it out at www.AlgonquinBooksBlog.com.

Lauren Grodstein's novel A Friend of the Family is a compelling, psychologically rich novel with complex characters and a fast moving plot, written in gripping and often profound prose.

A skilled internist with a thriving practice in suburban New Jersey, Pete Dizinoff has a devoted wife, an impressive house, and a son, Alec, on whom he’s pinned all his hopes. But Pete never counted on the wild card: Laura, his best friend’s daughter—ten years older than Alec, irresistibly beautiful, with a past so shocking that it’s never spoken of …

“Such an incisive diagnosis of aspirational America that someone should hand out copies at Little League games and ballet recitals . . . Horrifyingly plausible and deeply poignant, A Friend of the Familywill leave you shaken and chastened–and grateful for the warning.” –The Washington Post

“Stunning . . . An unqualified success . . . Grodstein’s sentences are finely made and precisely fitted to one another and her story . . . If there’s any justice in the world, A Friend of the Family will be her breakout book . . . She has written a novel that will leave her reader sitting up, sifting the evidence in the dead of night.” –The Boston Globe

Lauren Grodstein’s books include the novels A Friend of the Family and Reproduction is the Flaw of Love and the story collection The Best of Animals. Her pseudonymous Girls Dinner Club was a New York Public Library Book for the Teen Age.

Her work has been translated into German, Italian, French, Turkish, and other languages, and her essays and stories have been widely anthologized.

Lauren teaches creative writing at Rutgers-Camden, where she helps administer the college’s MFA program. She lives with her husband and son in New Jersey.

Stephen King is the author of more than fifty books, all of them worldwide bestsellers. Among his most recent are 11/22/63, Full Dark No Stars, Blockade Billy, Under the Dome, Just After Sunset, the Dark Tower novels, Cell, From a Buick 8, Everything’s Eventual, Hearts in Atlantis, The Girl Who Loved Tom Gordon, Lisey’s Story,andBag of Bones. His acclaimed nonfiction book, On Writing, was recently re-released in a tenth anniversary edition. King was the recipient of the 2003 National Book Foundation Medal for Distinguished Contribution to American Letters, and in 2007 he was inducted as a Grand Master of the Mystery Writers of America. He lives in Maine with his wife, novelist Tabitha King.

This event is free and open to the public and will take place at the Cooperative Middle School auditorium in Stratham, NH. Seating is general admission.

The Algonquin Books Club offers a selection of 25 paperback titles chosen for their popularity, widespread critical acclaim, and power to provoke discussion. Each includes a reader’s guide with discussion points, author interviews, original essays, or other special features.

We’ll be featuring four Algonquin Book Club selections a year for dynamic literary events held around the country and simultaneously webcast on our site. For each event, an Algonquin author will be interviewed by a notable writer:

April 26, 2012 Caroline Leavitt (Pictures of You) interviewed by Anne Lamott, author of Some Assembly Required

Note: As this event is to celebrate and promote the writing career of Lauren Grodstein, Stephen King will not be taking questions about or signing copies of his books. We hope that the opportunity to see a favorite author interview another writer (who he chose to interview and admires) will be exciting enough for any Stephen King fan or fan of the written word in general.

A Friend of the Family (Paperback)