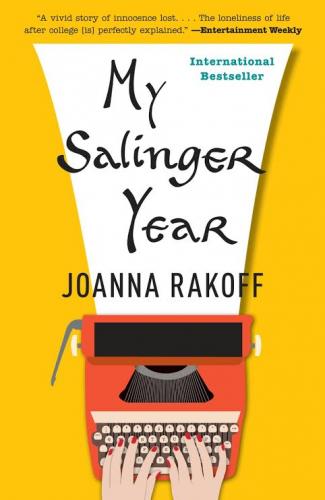 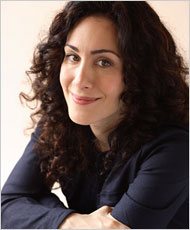 Joanna Rakoff, author of My Salinger Year
Thursday, May 21st at 7pm
Poignant, keenly observed, and irresistibly funny: a memoir about literary New York in the late nineties, a pre-digital world on the cusp of vanishing, where a young woman finds herself entangled with one of the last great figures of the century.

At twenty-three, after leaving graduate school to pursue her dreams of becoming a poet, Joanna Rakoff moves to New York City and takes a job as assistant to the storied literary agent for J. D. Salinger. She spends her days in a plush, wood-paneled office, where Dictaphones and typewriters still reign and old-time agents doze at their desks after martini lunches. At night she goes home to the tiny, threadbare Williamsburg apartment she shares with her socialist boyfriend. Precariously balanced between glamour and poverty, surrounded by titanic personalities, and struggling to trust her own artistic instinct, Rakoff is tasked with answering Salinger's voluminous fan mail. But as she reads the candid, heart-wrenching letters from his readers around the world, she finds herself unable to type out the agency's decades-old form response. Instead, drawn inexorably into the emotional world of Salinger's devotees, she abandons the template and begins writing back. Over the course of the year, she finds her own voice by acting as Salinger's, on her own dangerous and liberating terms.

Rakoff paints a vibrant portrait of a bright, hungry young woman navigating a heady and longed-for world, trying to square romantic aspirations with burgeoning self-awareness, the idea of a life with life itself. Charming and deeply moving, filled with electrifying glimpses of an American literary icon, My Salinger Year is the coming-of-age story of a talented writer. Above all, it is a testament to the universal power of books to shape our lives and awaken our true selves.
Praise for My Salinger Year:
"A breezy memoir of being a 'bright young assistant' in the mid-1990s . . . Salinger himself makes a cameo appearance . . . The real star of My Salinger Year remains, of course, the Agency itself, with its Dictaphones and fox stoles, its wistful attempts to cling to the days of Thin Man movies and steamship travel' . . . The 'archaic charms' of the Agency are comically offset by its refusal to acknowledge the Internet age."
--Suzanne Berne, The New York Times Book Review

"Charming . . . Glamorous . . . A time-capsule portrait . . . Rakoff does a marvelous job of capturing a cultural moment--the publishing industry on the cusp of the Internet era--and describing the ambition and anxiety of a young, bright, creative person living beyond her means in an expensive and relentlessly competitive city . . . What is most admirable is [her] critical intelligence and generosity of spirit."
--Priscilla Gilman, The Boston Globe
Joanna Rakoff's novel A Fortunate Age won the Goldberg Prize for Jewish Fiction by Emerging Writers and the Elle Readers' Prize, and was a New York Times Editors' Choice and a San Francisco Chronicle best seller. She has written for The New York Times, the Los Angeles Times, Vogue, and other publications. She lives in Cambridge, Massachusetts.

A Fortunate Age: A Novel (Paperback)