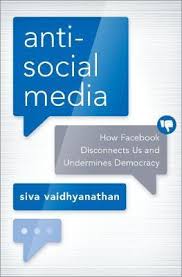 If you wanted to build a machine that would distribute propaganda to millions of people, distract them from important issues, energize hatred and bigotry, erode social trust, undermine respectable journalism, foster doubts about science, and engage in massive surveillance all at once, you would make something a lot like Facebook. Of course, none of that was part of the plan.

In Antisocial Media, Siva Vaidhyanathan explains how Facebook devolved from an innocent social site hacked together by Harvard students into a force that, while it may make personal life just a little more pleasurable, makes democracy a lot more challenging. It's an account of the hubris of good intentions, a missionary spirit, and an ideology that sees computer code as the universal solvent for all human problems. And it's an indictment of how "social media" has fostered the deterioration of democratic culture around the world, from facilitating Russian meddling in support of Trump's election to the exploitation of the platform by murderous authoritarians in Burma and the Philippines.

Facebook grew out of an ideological commitment to data-driven decision making and logical thinking. Its culture is explicitly tolerant of difference and dissent. Both its market orientation and its labor force are global. It preaches the power of connectivity to change lives for the better. Indeed, no company better represents the dream of a fully connected planet "sharing" words, ideas, and images, and no company has better leveraged those ideas into wealth and influence. Yet no company has contributed more to the global collapse of basic 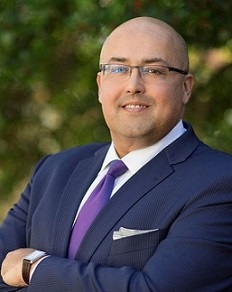 tenets of deliberation and democracy. Both authoritative and trenchant, Antisocial Media shows how Facebook's mission went so wrong.

"Hello, reader. Do you use Facebook? Do you see it more times in a given day than you, say, drink a glass of water? If so, I suggest you find out from Siva Vaidhyanathan to what it is that you've given not only yourself, but also your crucial little portion of our world. He's the one who can tell you." -Jonathan Lethem, author ofMotherless Brooklyn and Fortress of Solitude

Siva Vaidhyanathan is the Robertson Professor of Media Studies and the Director of the Center for Media and Citizenship at the University of Virginia. He produces a local public-affairs television program and several podcasts, and he directs the publication of Virginia Quarterly Review. A former professional journalist, he has published five previous books on technology, law, and society, including The Googlization of Everything. He has also contributed to publications such as The Nation, Slate, The Chronicle of Higher Education, The Washington Post,BookForum, The New York Times Book Review, and The Baffler.

This event is in partnership with the Holden Lecture Committee at the College of Liberal Arts at the University of New Hampshire.

Please note the time: This is a daytime event due to the author's schedule.

Antisocial Media: How Facebook Disconnects Us and Undermines Democracy (Hardcover)