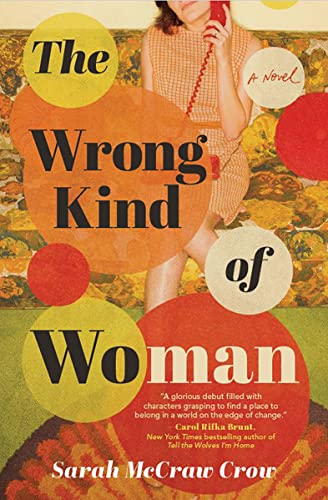 Join us for a conversation between Sarah McCraw Crow, author of The Wrong Kind of Woman, and K.J. Dell'antonia, author of In Her Boots, on Wednesday, September 14th at 7pm!

In late 1970, Oliver Desmarais drops dead in his front yard while hanging Christmas lights. In the year that follows, his widow, Virginia, struggles to find her place on the campus of the elite New Hampshire men's college where Oliver was a professor. While Virginia had always shared her husband's prejudices against the four outspoken, never-married women on the faculty--dubbed the Gang of Four by their male counterparts--she now finds herself depending on them, even joining their work to bring the women's movement to Clarendon College.

Soon, though, reports of violent protests across the country reach this sleepy New England town, stirring tensions between the fraternal establishment of Clarendon and those calling for change. As authorities attempt to tamp down "radical elements," Virginia must decide whether she's willing to put herself and her family at risk for a cause that had never felt like her own.

Told through alternating perspectives, The Wrong Kind of Woman is an engrossing story about finding the strength to forge new paths, beautifully woven against the rapid changes of the early '70s. 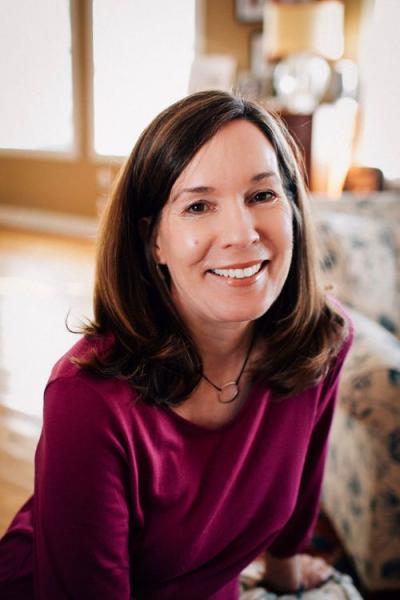 Sarah McCraw Crow is the author of The Wrong Kind of Woman. When it comes to fiction writing (and reading), Sarah is obsessed with women's lives and the drama of family life. She also loves the Seventies. She's a graduate of Dartmouth College, Stanford University, and Vermont College of Fine Arts, and she's the mom of three young-adult kids. Sarah lives, writes, and gardens on an old farm in New Hampshire. 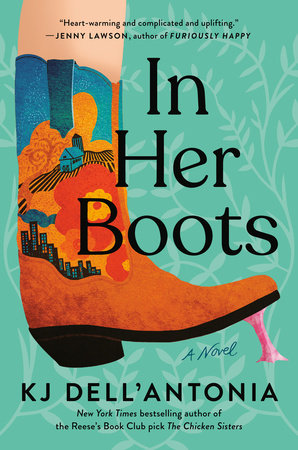 From the New York Times bestselling author of The Chicken Sisters comes a delightfully entertaining story about a ruse that goes awry and a chaotic homecoming that proves that confronting your past can sometimes set you free.

Rhett Gallagher's adventurous life is imploding. Just as she turns the big 4-0, her long-term relationship collapses and her gran's death draws her back to the family farm. The only silver lining is that Rhett's inspirational book, The Modern Pioneer Girl's Guide to Life--written under a pseudonym --has become a wild success, so much so that when her big publicity moment comes, self-doubting Rhett panics and persuades her best friend, Jasmine, to step into the limelight in her stead.

But their prank turns into something more when the controlling mother Rhett hasn't seen in two decades announces her intent to sell the farm Rhett loves and expected to make her own. To save her inheritance--and her identity--Rhett must concoct a scheme that will protect her home and finally prove to her mother, and to herself, that she can stand on her own two feet. 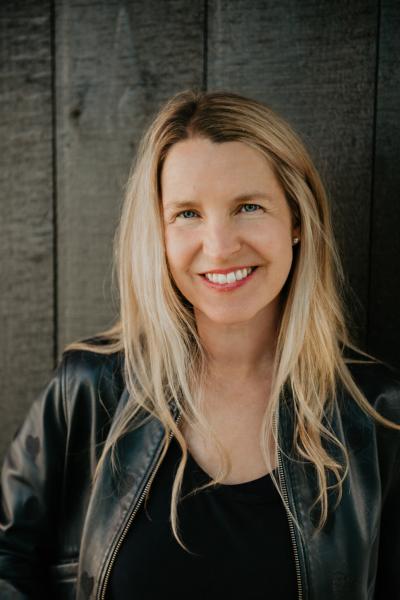 KJ Dell'Antonia is the former editor of Motherlode and current contributor to The New York Times, as well as the author of How to Be a Happier Parent and the instant New York Times bestseller and Reese's Book Club Pick, The Chicken Sisters. She lives with her family on a small farm in Lyme, New Hampshire, but retains an abiding love for her childhood in Texas and Kansas.

The Wrong Kind of Woman (Paperback)

In Her Boots (Paperback)