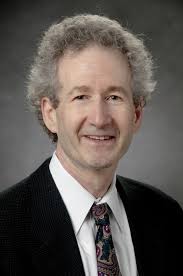 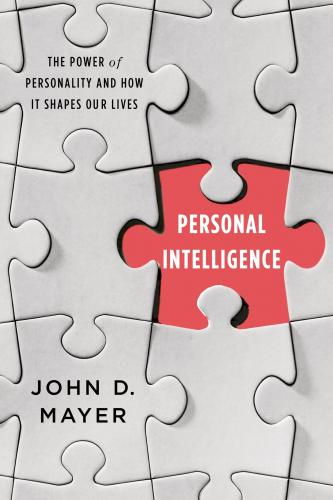 The groundbreaking psychologist argues that understanding personality is the key to our well-being.
John D. Mayer, the renowned psychologist who co-developed the groundbreaking theory of emotional intelligence, now draws on decades of research to introduce another paradigm-shifting idea: that in order to become our best selves, we use an even broader intelligence--which he calls personal intelligence--to understand our own personality and the personalities of the people around us.

In Personal Intelligence, Mayer explains that we are naturally curious about the motivations and inner worlds of the people we interact with every day. Some of us are talented at perceiving what makes our friends, family, and coworkers tick. Some of us are less so. Mayer reveals why, and shows how the most gifted "readers" among us have developed "high personal intelligence." Mayer's theory of personal intelligence brings together a diverse set of findings--previously regarded as unrelated--that show how much variety there is in our ability to read other people's faces; to accurately weigh the choices we are presented with in relationships, work, and family life; and to judge whether our personal life goals conflict or go together well. He persuasively argues that our capacity to problem-solve in these varied areas forms a unitary skill.

Illustrating his points with examples drawn from the lives of successful college athletes, police detectives, and musicians, Mayer shows how people who are high in personal intelligence (open to their inner experiences, inquisitive about people, and willing to change themselves) are able to anticipate their own desires and actions, predict the behavior of others, and--using such knowledge--motivate themselves over the long term and make better life decisions. And in outlining the many ways we can benefit from nurturing these skills, Mayer puts forward an essential message about selfhood, sociability, and contentment. "Personal Intelligence "is an indispensable book for anyone who wants to better comprehend how we make sense of our world.
Praise for Personal Intelligence:
"John D. Mayer has done so much to get us to think about human personality in new ways, from his theoretical models to his empirical research on emotional intelligence (on which I have been thrilled to collaborate). With Personal Intelligence, Mayer once again challenges us--arguing that there is a set of skills that may determine what sets successful people apart from those who seem oblivious to the needs and desires of those around them. He is a clear thinker and a beautiful writer, and his arguments compel us to broaden our understanding of what constitutes an intelligent individual."
--Peter Salovey, president and Chris Argyris Professor of Psychology, Yale University
John D. Mayer received his B.A. from the University of Michigan and his M.A. and Ph.D. from the doctoral program in psychology at Case Western Reserve University. After obtaining his doctorate, he taught his first course in personality psychology at Case Western using Hall and Lindzey's classic text, "Theories of Personality," Although he loved the book, the problems of teaching personality psychology by studying various theories led him to a career-long search for a better way to teach-and more generally, think about-personality psychology.

Dr. Mayer examined the contributions of mental abilities to personality in his postdoctoral work at Case Western Reserve, and the interactions of emotion and thought within personality, as a postdoctoral scholar at Stanford University. Dr. Mayer returned to teaching personality psychology with his first faculty position at the State University of New York at Purchase. There he resumed his search for a better way to teach the course. In 1989, Mayer moved to the University of New Hampshire and began to publish a series of articles on the "systems framework for personality," a new approach to integrating the study of the discipline. The framework elaborated in those articles provides the basis for this new textbook. While developing the systems framework and this textbook, Dr. Mayer published over ninety articles, chapters, books, and psychological tests. His 1990 articles on emotional intelligence, with Professor Peter Salovey of Yale University, are often credited with beginning scientific research on the topic. Dr. Mayer is coauthor of the Mayer-Salovey-Caruso Emotional Intelligence Test (MSCEIT). In addition to many years of teaching university classes, Professor Mayer also has lectured to diverse audiences throughout the United States and abroad on topics related to personality psychology.

Personal Intelligence: The Power of Personality and How It Shapes Our Lives (Hardcover)