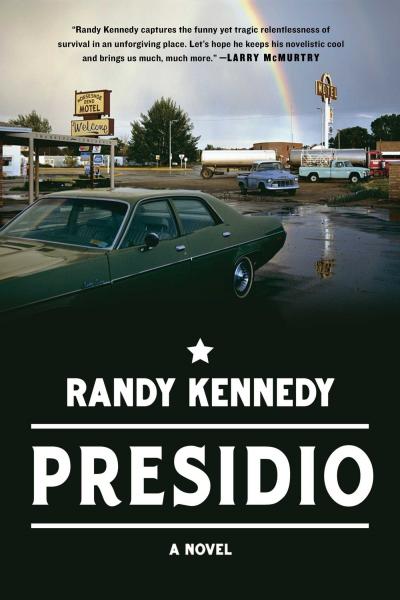 "Fluent, mordant, authentic, propulsive...wonderfully lit from within" (Lee Child, The New York Times Book Review), this critically acclaimed, stunningly mature literary debut is the darkly comic story of a car thief on the run in the gritty and arid landscape of the 1970s Texas panhandle.

In this "stellar debut," ( Publishers Weekly) car thief Troy Falconer returns home after years of wandering to reunite with his younger brother, Harlan. The two set out in search of Harlan's wife, Bettie, who's left him cold and run away with the little money he had. When stealing a station wagon for their journey, Troy and Harlan find they've accidentally kidnapped a Mennonite girl, Martha Zacharias, sleeping in the back of the car. But Martha turns out to be a stubborn survivor who refuses to be sent home, so together, these unlikely road companions haphazardly attempt to escape across the Mexican border, pursued by the police and Martha's vengeful father.

But this is only one layer of Troy's story. Through interjecting entries from his journal that span decades of an unraveling life, we learn that Troy has become so estranged from society that he's shunned the very idea of personal property. Instead of claiming possessions, he works motels, stealing the suitcases and cars of men roughly his size, living with their things until those things feel too much like his own, at which point he finds another motel and vanishes again into another man's identity.

Richly nuanced and complex, "like a nesting doll, [ Presidio] continually uncovers stories within stories" (Ian Stansel, author of The Last Cowboys of San Geronimo). With a page-turning plot, prose as gritty and austere as the novel's Texas panhandle setting, and a determined yet doomed cast of characters ranging from con artists to religious outcasts, this "rich and rare book" (Annie Proulx, author of Barkskins) packs a kick like a shot of whiskey. Perfect for fans of Cormac McCarthy, Denis Johnson, and Larry McMurtry, who said that Kennedy "captures the funny yet tragic relentlessness of survival in an unforgiving place. Let's hope he keeps his novelistic cool and brings us much, much more."